I would like to thank the kind folks at Type1RadioLounge for having me on their show to discuss doubles,  impostor-replacements, and Paul (McCartney) is Dead theories.


The following is a book excerpt about Paul McCartney, PID, and Paul's life plan... 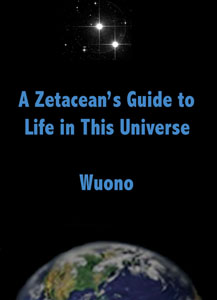 Humans think that they can open courses of action that are not pre-planned. This is generally not possible because of the intricate interplay of many individual life plans. Much planning and coordination goes into constructing a life plan at the soul level. If one piece is changed, it will wreak havoc on not only that life plan, but on many others that were constructed around that particular event occurring. Therefore, life plans or destinies are more or less written in stone. In certain rare cases, exceptions can be made. In such cases, it is often due to demons meddling with a person’s life plan by changing planned events.

An example of this was when Beatle Paul McCartney was killed in 1966. He had mapped out a life plan that included barraging Earth with high frequency music. His aim was to shift the balance from demonic low frequency to high frequency using music aligned with Creator. As he progressed toward his goal, McCartney exuded the very same frequency contained in his music. His stunning good looks, brilliance, and popularity stemmed from the high frequency energy he carried. As people came into contact with him and his music, his energy intermingled with theirs.

The Beatles were agents of Creator. Together, they formed a formidable opposition to demonic hegemony on this planet. The Beatles manifested high frequency energy in their music that created a polar opposite effect on human consciousness as to how demons influence humans. Certain melodies, frequencies, and rhythms can cause a shift in perception that can lead to an awakening experience. As the listener hears such music, he or she begins to entrain to it. This means that the brain waves synchronize with the sound waves. Uplifting, happy music will cause the listener to experience happiness. Depressing music will likewise dampen one’s energy and mood.

As the good vibrations of Beatles’ songs began to take over the radio waves, a transformation in humanity began to take shape. Many people resonated with the minstrels who brought God’s frequency to their ears. Beatlemania erupted as love overwhelmed those listeners who could subconsciously recognize the Beatles for what they were, namely God’s angels on Earth. Of course, the demonic element was not pleased. Acting through their agents on Earth — the Illuminati — the demons assassinated Paul McCartney. To cover up their crime and to exploit his popularity and influence, the demon-possessed Illuminati agents replaced him with a double. This impostor used McCartney’s good name to promote taking drugs, such as the military brainwashing drug, LSD. In addition, the music was degraded so that it no longer resonated with Creator’s frequency. When McCartney was removed, the head of the snake was chopped off. The band fell apart. The Beatles ceased to function as God’s emissaries on Earth.

This is but one example of how a plan can be foiled. During their time on Earth, the Fab Four had planned to instigate and oversee a massive shift in human consciousness. They had planned every detail prior to incarnating in human form. As they moved into position, it seemed that they were poised to move the world in the direction of Creator, making this planet part of God’s realm. As the Beatles swept nations up into their high frequency consciousness-raising agenda, demonic entities fretted over how to stop them. Eventually, they decided to stamp the Beatles out. Therefore, plans were made to neutralize McCartney, the creative force behind the band. Despite Creator’s protection, the Illuminati managed to assassinate the Cute Beatle in late August 1966...