Faul McCartney is the Son of the Magickian

Faul McCartney is the Son of the Magickian

"Yesterday I announced I was going to bring some breaking news, remember? Not too long ago Tina announced this 'Faul, six toes' thing, where the real JPM, as we all know, only had five! I started to dive in to it a little bit more -and pretty soon learned that his so called adopted Daughter Heather Louise McCartney also had six! So she wasn't adopted at all! Even more so, it wasn't a Daughter out of an earlier marriage from Linda at all! According to a few Doctors I spoke, it's a hereditary disorder, so pretty rare and unique! Heather was born in 1963, so that means that both Billy, William -or whatever -and Linda were already in the picture by then, instead of 1967, which they wanted us all to believe! It was only yesterday when a little voice spoke to me (And it wasn't Aiwass, or maybe Itwass :D ) -and urged me to look even further than that! And it wasn't as easy as it sounds now, 'cause in spite of the many, many Crowley pictures online, there are only two, where we can see him barefooted! And boom, there it was! Take a very good look at the footage, press the pause button a few times if necessary, 'cause it's a fast, less than two minute edit! And be amazed! Final proof of the fact that no one less than Aleister Crowley is indeed... Faul's Father! One six toe... mwah! Could be, right? ... Two six toes... My word! But three six toes!? No way this can be seen as coincidental or anything -and I asked the experts on this subject again, trust me! To be quite frankly my friends... Although I already had my strong suspicions a few years ago, now that it's official, I'm still shocked, really shocked!..."

Paul would obviously not sprout a 6th toe in his 20s. This rare trait runs in families, and is evidence that Paul was replaced by Crowley's spawn. In fact, the 6th toe is a Mark of the Beast. Paul was the victim of a hostile takeover of his band.


Here is the original image of Crowley: 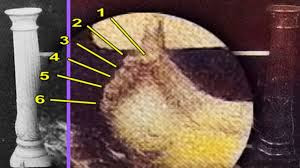 Tonny asserts that he has consulted with medical professionals who agree that this is a case of polydactyly, a hereditary trait.
Bottom line: Aleister Crowley had 6 toes, so does Faul. It is highly likely that Faul is, indeed, the Son of the Magickian.

Tina's interviews on Youtube
Posted by Plastic Macca at 12:44 PM No comments:

For Paul McCartney, the Hits Keep on Coming


For Paul McCartney, the Hits Keep on Coming

Hi. This is Tina Foster. You may know my name due to my work in the Paul is Dead truth movement. I published a comprehensive examination of PID entitled Plastic Macca: The Secret Death and Replacement of Beatle Paul McCartney. In it, I lay out my theory as to what happened to Paul.

Since I began researching JPM's disappearance over a decade ago, the disinformation campaign has morphed several times. In 2008, the main thrust was to deny the existence of Faul. Paid agents would sit on the forums, insulting anyone who claimed Paul had been replaced. Realizing that this strategy was ineffective, shills began to claim that Paul had quit the band voluntarily. Brazen disinformation that John Halliday was JPM became widespread.

After a spell, the controllers hit upon the idea of disparaging Paul and lauding Faul. This tactic served the agenda well in that it elevated the Illuminati puppet above Paul, the one who had threatened their control system. Paul, the lovable Mop-Top Beatle, shone with high frequency love and light. His energy was triggering a shift in consciousness. This pattern of energy was captured in his beautiful, feel-good music. Hearing such music helped the listener "rise above" the low-level energy that keeps people stuck in ignorance and hate. Paul, outside of the dark side's control, was dancing to the beat of a different drum.

Faul was the Illuminati's solution. He adopted Paul's name, identity, and mannerisms, but the music he produced was very different. Gone were the uplifting and haunting melodies that activated the heart chakra. The new sound was intended to fracture energy and bring the listener down. Paul 2 took it to whole new depths with "Helter Skelter." The song set the stage for even darker music to flourish.

Unfortunately for Paul's legacy, the hits keep on coming. Agents have convinced too many people that Paul was always controlled by the dark forces at the Tavistock Institute. Despite the fact that this makes no logical sense, some have Faullen for this disinformation. Paul's enemies hope to obliterate his effort to raise the collective vibration by dumping a load of BS on it.

Ultimately, such attempts will fail, because truth always prevails. In the meantime, Paul sits on the edge of perception, playing his music in the void where all possibilities exist and where we all shine on.

Tina's interviews on Youtube
Posted by Plastic Macca at 3:35 PM No comments:


The use of doubles is explored in my book, The Splitting Image: Exposing the Secret World of Doubles, Decoys, and Impostor-Replacements. The case study of the replacement of Paul McCartney is thoroughly fleshed out in Plastic Macca: The Secret Death and Replacement of Beatle Paul McCartney.

The video below provides some basic background information on how doubles are used by intelligence services.

Stuff They Don't Want You to Know: CIA Body Doubles

Tina's interviews on Youtube
Posted by Plastic Macca at 9:28 AM No comments:


In this interview from 1991, TV show hosts, Richard and Judy, talk to photographer, Bob Whitaker, about the Beatles. Whitaker praised the Fab Four for how kind and gracious they were to fans. This is diametrically opposed to how Faul treats fans, which I discuss at more length in Plastic Macca: The Secret Death and Replacement of Beatle Paul McCartney. Suffice it to say that Faul has been known to be aggressive and even violent towards fans.

The discussion lauding the Beatles' kind personalities begins at 1:28.

Tina Foster is an attorney and the author of

Tina's videos on Youtube
Posted by Plastic Macca at 9:25 AM No comments: