The Tragical History of PID - Part 2 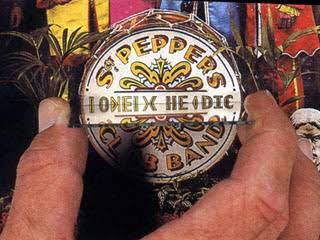 In September 1969, Tim Harper reported on the latest West Coast college gossip, namely that McCartney had died in a car crash in 1966. On September 17, 1969, Harper’s article, “Is Beatle Paul McCartney Dead?” was published in the Drake Times-Delphic paper. Days later, college papers all over the country were running the story, and the news of McCartney’s demise swept across America.

Various clues as to Paul’s death were found by fans desperate for answers. One of the cluesters was Tom Zarski. He and his friends found back-masked messages on the White Album. On October 12, 1969, he called into Russ Gibb’s Detroit radio show to inform everyone that Beatle Paul was dead.

Zarski made it known that there was something fishy going on with Paul McCartney. According to Zarski, several tracks on the Beatles’ White Album contained backwards messages revealing the truth about Paul’s death. For example, “Revolution #9” was said to disclose the sounds of a fiery car crash when played backwards. The oft-repeated phrase “number nine, number nine” revealed the dark message, “turn me on, dead man, turn me, on dead man” when played backwards. The song, “I'm So Tired,” concealed the back-masked message, “Paul is a dead man, miss him, miss him, miss him.” More clues about McCartney’s death were found in other Beatles’ songs and album covers. 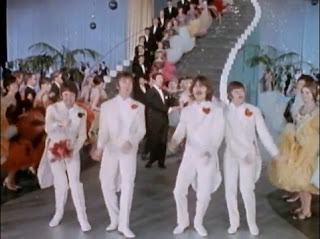 During the show, thousands of listeners were glued to the radio as Gibb and his callers discussed the evidence and what could be behind “The Great Cover-up.” One of those listeners was a student named Fred LaBour, who wrote a review of the Beatles’ album, Abbey Road, for the college newspaper the next day. On October 14, 1969, the Michigan Daily reported “McCartney dead; new evidence brought to light.” According to LaBour’s article, “Paul McCartney was killed in an automobile accident in early November, 1966 after leaving EMI recording studios tired, sad, and dejected.” LaBour reported that McCartney had been found four hours later, “pinned under his car in a culvert with the top of his head sheared off. He was deader than a doornail.” LaBour proclaimed the accident had been covered up and a double found to replace McCartney. 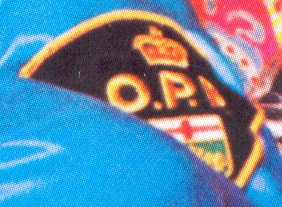 The national press picked up the story, which “was quoted extensively everywhere. First the Detroit papers, then Chicago, then, by the weekend, both coasts.” On October 21, 1969, the London Times published a report on the “Paul is Dead” rumor. The next day, The New York Times and The Los Angeles Times ran the story. The possibility that McCartney could be dead was discussed on the “evening news of all three major television networks, and in prestigious national magazines such as Time and Life.”

Many people started to investigate the possibility of McCartney’s death and to look for clues on Beatles’ records, such as backwards messages and photographic clues. The sale of Beatles’ albums skyrocketed as those searching for clues bought copies just to play them backwards. More than 400 clues were eventually found.

Add Tina as a friend on MeWe
Posted by Plastic Macca at 12:19 PM 9 comments: Links to this post 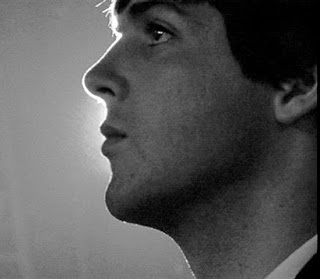 Ocean flow... Ocean deep
hold the love... let him sleep
You left without a warning
Who could have seen it storming?
No one to hear you singing your last song
They didn't understand you
They walked away and left you
They locked the doors..destroying every key
Fly... please don't cry
Like a sea bird gently drifts upon the breeze
Let your wings catch the wind
Take you where you've never been
With the sunrise you are free
Ocean Red... Ocean Blue
There's still a light that shines on you
Perhaps someday everyone will see
And we won't let it be

"I've done several interviews about the PID theory for my radio show. Tina Foster has done the most thorough comprehensive work on this subject matter."
~ Ed Opperman, The Opperman Report

Posted by Plastic Macca at 4:30 PM 5 comments: Links to this post