Faul McCartney admits he did not write early Beatles' songs


In this snippet from a recent interview, Faul basically admits that he did not write early Beatles' songs: 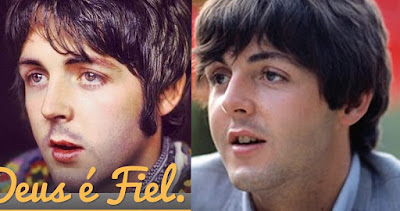 
"Is it true that sometimes you have to relearn the older stuff?" Roker asked.
"Yeah, I have to relearn everything," McCartney said. "I've written an awful lot, so you can't retain them all. We go into rehearsal, and I learn them. 'Oh yeah, that's how it goes.' "
McCartney added his own songs often surprise him.
"Sometimes when you're relearning them, do you kind of look and go, 'You know, this is pretty good?' " Roker wondered.
"I do," McCartney said. "I really do, you know. That's one of the joys of doing some of the old songs. And you say, 'Oh, that's clever. I wouldn't have done that.' “

Paul McCartney confesses: 'I have to relearn everything' before performing smash hits

The Beatles and Me ~ by Jessica 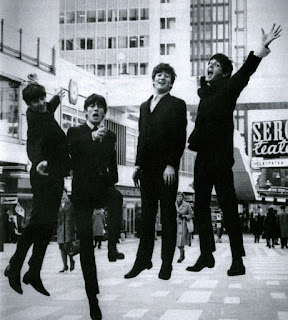 I have listened to The Beatles for as long as I can remember. The fondest memory I have of their music was when I was 7 years old, going through the records and LP's at home.

Back to my above statement, at a young age I believed that they were angels, and when I look at their music and just them as people. It brings me right back to this belief.
They may not have believed in God, but that doesn't mean God can't choose them to fulfill a purpose.
They were angels in physical forms, physical bodies. They were given a gift, a musical talent and four unique voices.
The ability to create music with high frequencies of love was something they couldn't create on their own, it was something from a higher power.
I have always believed that they never realized the gift they were given, which was sad, but that makes it interesting.
Because it's we the fans that kind of have to tell them, "Hey you know, there is something special about you guys."
Four imperfect ordinary men played on the radios all of those decades ago, and their music forever changed our lives.
Other artists/bands are good in their own right, but we will never experienced those high vibrations of happiness ever again.
And that's why I don't believe that John and Paul ever sold out, because if they had, they would both be alive and The Beatles would just be another sellout Satanic band promoting NWO.
Both John and Paul were agents of love in a way; people were turning to them more than the elite, their minds were opening and the elite couldn't have this.
Sadly, Paul died and I believe that John may have died shortly after, though I'm not fully sure about John yet.
I think of how George's reaction to John's supposed death in 1980 was strange, how George said that he just went to sleep. You really can't sleep after losing your close mate to a bullet.
So that means John may have died earlier, either a year after Paul or in the 70s perhaps? Of course, many will say that is crazy but consider this:
It wasn't just Paul that was the problem, it was John as well.
Together, the two of them could have exposed a lot of truth through their music. If they could replace Paul, then they could have done the same with John.
John and Paul were the most influential Beatles. George and Ringo were important as well, but I don't think they were ever replaced.
George said that he and Ringo were the economy class Beatles, that they weren't as important or as listened to as John and Paul. (Though we fans would disagree with George's statement because we loved them all.)
What is sad here is that the two of them had been the last 2 remaining Beatles for a lot longer than we realized.
The deaths of Paul and John must have been hard for them, but it makes sense as to why George and Ringo stayed together for all those years.
There isn't much I can say about Faul. I simply don't have any respect for the guy. How can you live with yourself? Lying and conning people...
To make a mockery of the real Beatles? He probably feels entitled, because he thinks he is the one who he is keeping the memory of the Fab 4 alive, all the while trashing their image.
Meanwhile, Ringo is not allowed to give any interviews, because his story will be different from Faul's.
I call that a bully, but grant that some of Faul's music is good, but most of it is just emotionless and serve as an elite agent. It was his job to come in and ruin the once happy image of The Beatles.

Most of his songs are low vibrations. He isn't capable of creating something that the originals could because what they had was a gift.

The only song I ever felt had any real emotion was "Fool On The Hill," because you can just sense that Faul is singing about himself.
It is quite easy to get lost in the post '66 image of The Beatles, because it is heavily promoted in the media and most people tend to prefer it... well, the sheep, that is.
However, if you go back to the start pre '66, you will see what The Beatles were really all about: Love, happiness and friendship.
They didn't sell out because if they had, then they wouldn't have been able to create some happy music.
Once you sell out to the elite, than everything that comes from you is dark.There is a coldness to Faul's eyes, but when you look at Paul, there is a warmth to him, and that goes for all of them. Eyes are the windows to the soul.

Like all good things, they didn't last - especially in a world full of evil. But that's the thing - good always overcomes evil. Everything will come to light, and truth will be exposed.
John, Paul, George and Ringo were angels sent to fulfill a purpose, I take comfort in knowing that we still have Ringo. I recommend watching one of his concerts from recent years. He performs quite close to the fans, and in those recent concert, not one fan was sitting down.
I take comfort in knowing that Paul, John and George are all in a better place, just waiting for Ringo to join them one day.

Reflections on the Beatles by Anne Ryan 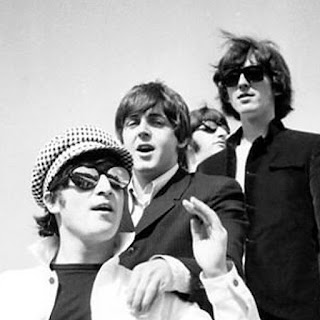 I have come to the conclusion that no matter what happened to Paul and the rest of the Beatles that their job was done,, They did what they came to do on this earth , which was spreading Beautiful music, love, great sense of humour, wit, friends love for one another, charm. under so much pressure from humanity, they came up against Religious zealots,, racism rigid unloving beliefs in society that had no time for fun or music and enjoyment of life, they inspired the young,
They were the future taking on a rigid past and they did it under the radar on a lot of levels The distaste the elite had for them was obvious,, one interviewer said to Paul that Ted Heath said they cant even speak what would be recognised as the Queens English, they were treated like morons and fools by the educated classes, little realising that those 4 lads had more intelligence and talent in their little fingers that those brain washed emotionless Robots that thought they were so much more important than them The world knew different,, its why they were taken by suprise,, how could these 4 kids affect the world like that,,,, They were something special,,,, thats why.
They completed their life purpose and although it was twisted and perverted by those other forces after 1966  it couldn't be stopped . they had ignited the masses,, For those who try to say it was all planned and not organic must be blind,, there is no way on this earth you could plan that 4 working class lads from liverpool would be so popular in the entire world even those backward nations like Manila would be unable to quash the young loving them,, you cant even do that is this day and age,,with all the PR in the world., there was something important about them,, They shined,,,,,,,They completed their mission.As George said the world  used us as an excuse to go mad and then blamed it on us,,,,,,,, no truer words were spoken.
They held up a mirror to humanity to look at themselves and their lives by being themselves against all odds. They were meant to be. They burned brightly for a short few years and once they had decided the Beatles were finished which i have no doubt in my mind they intended to break up the Beatles after that last concert they had had enough. We may never find out the truth because the only ones that really knew was the Four of them, everything else is perception.
I am so very glad i have found out about them all and especially James Paul McCartney,, what a man....

Posted by Plastic Macca at 4:23 PM No comments: Links to this post

Tina Foster is an attorney and the author of “The Splitting Image: Exposing the Secret World of Doubles, Decoys, and Impostor-Replacements” and “Plastic Macca: The Secret Death and Replacement of Beatle Paul McCartney.” She has researched the area of doubles and imposter-replacements since 2008. Tina has examined how they are used in psy-ops by counter-intelligence, military, and the entertainment industry. Tina’s blog is Plastic Macca - Paul is Dead plasticmacca.blogspot.com. Recorded: July 6, 2019

Reply to comment below: We know that Paul sang "She's Leaving Home" (1967) because of the voice prints. It just means that he recorded the vocals before he died. It does not change anything.