“Paul McCartney dying in 1966 and being replaced by a lookalike, that is of course, pure fact... Check out the cover of Abbey Road. The clues are all over it.”

Posted by Plastic Macca at 3:34 PM 2 comments: Links to this post 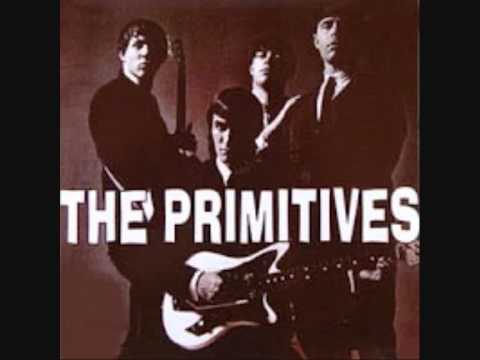 Sometimes to move forwards, you have to look back. This is true when looking into who Faul is.
From all accounts, history shows that Faul was born in September 1966, but who was he before then? There is much hype that he was Billy Shepherd (Campbell, Shears) from Billy Pepper and the Pepper Pots.
This is in part due to the Sergeant Pepper album; it had both verbal and photographic clues pointing to Billy Shears. So we have to diagnose not only this group and its members, but also who and what they were beforehand.
The Primitives became the Pepper Pots in 1965.
The Cornflakes (previously known as The Rising Sons) had built a sizable fan base on the Oxford live circuit. Winning first prize in the Plaza Cinema beat group contest in Northampton resulted in a two year contract with Pye Records. Cyd Cipin, who ran the local Plaza Cinema, was so impressed with the group, that he became their manager along with brother Mayer and their associate, Leslie Jaffa. The group's name was changed to The Primitives, suggestive of their driving R&B style, and they signed to Pye in autumn 1964. The group consisted of lead vocalist, Jay Roberts (real name Jeffrey Farthing), Geoff Eaton (Geoff Tindall) on lead guitar, John E. Soul (rhythm guitar and harmonica), Roger James (bass) and Mike Wilding (drums). The group's debut single was "Help Me."
The group split up, and Mal returned to work with his father on building sites. The disillusioned Primitives, having had no success up to this point, contacted Mal asking if he'd front their band. He accepted on the condition that he be allowed to restructure the group. Only Jay Roberts (now on bass and organ) and John E. Soul (guitar) survived the cuts with Roger James leaving to form the Roger James Four. Former Spirits drummer, Mick Charleton, was brought in and Stuart Linnell from local Northampton group, Dave Stone & the Saints, was also recruited. However, John E. Soul immediately left the group. The new Primitives were Ryder (vocals), Roberts (bass and organ), Linnell (lead guitar) and Charleton (drums). "Every Minute of Every Day" was released on Pye under the name Mal Ryder & The Primitives. The Primitives moved to Northampton and rehearsed in manager Cyd Cipin's cinema. Later Mal and the band moved to Italy to eat Pasta, Provencal Sauce and have a bit of success. Interestingly, it says The Rising Sons where from Oxford England, but there was also another group called the Rising Sons: an  L.A. blues band formed in 1964 and signed to the Columbia label.
Members: Ry Cooder (Guitars, Vocals), Gary Marker (Bass Guitar), Taj Mahal (Vocals, Harmonica, Keyboards, Guitar), Ed Cassidy* (Drums), Jesse Lee Kincaid (Guitar, Vocals).
If we were to go down the path of someone from The Pepper Pots, nay The Primitives replacing Paul McCartney, or from anywhere else you would need someone who is multi-talented and not just a lead singer. The only person that seemed out of place in The Pepper Pot was John E Soul - a person who seems just as bogus as Sgt. Pepper himself.
When trying to find who replaced Paul McCartney, do not rely on it being Billy Shepherd, Billy Sheers, or William Campbell, for if it were a real person, with tangible leads to follow, you would find them, but there aren’t.  Given that Faul has evolved into multiple faces over the years, which one would you choose to track?
That doesn’t mean you don’t keep on trying, for science and persistence have proven Faul is not Paul. With more and more people waking up on social media, who knows what clues may be gleaned? If you would like a challenge, find out who John E Soul was. It is only by crossing out the wrong answers that we will find the correct ones.
~ Paul Brown
* Replaced by Kevin Kelley.

Posted by Plastic Macca at 4:33 PM 19 comments: Links to this post