How music is used to further the NWO


Forty years later, the Beatles ... are a consolation against
the continual assault on music lovers by the record industry.

~ L’Osservatore Romano, the official newspaper of the Vatican

Sound and music have effects on the human body. Music can actually be used for manipulation and control purposes. Some interesting studies were done by Professor Emoto from Japan on sound can affect water molecules. [Website: Miraculous Messages from Water] [archived here].

Professor Emoto took pictures of water molecules that had been exposed to different types of music. One can see that the molecules arrange themselves quite differently depending on the music. For ex, water exposed to Beethoven's 6th Symphony looks like this: 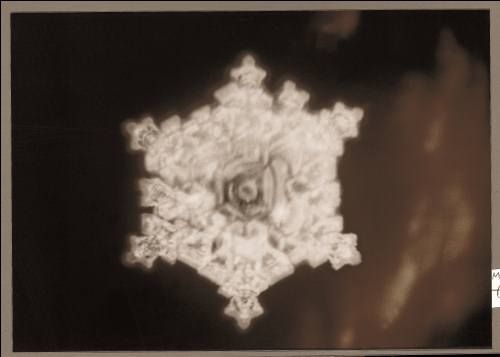 Water exposed to heavy metal music looks like this: 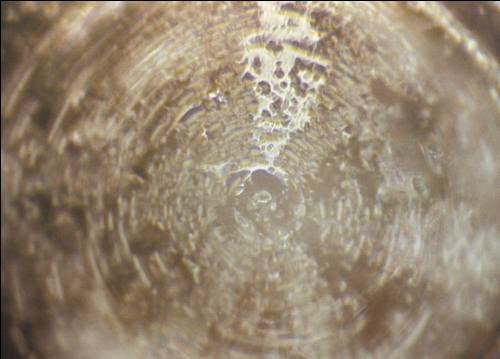 (Sorry, he did not specify what heavy metal music it was.)

According to Matthew Ward, discordant music "fracture[s] the body’s energy":

...Not all sound that is proclaimed on Earth as music IS music! I’m not restricting compositions to a narrow band of “masterpiece” musical styles, but rather I’m saying that piercing, clashing, raucous, dissonant sound is not music, it is noise. Those sounds fracture the body’s energy, short circuit its electrical system, shatter its equilibrium, and prevent light from entering...

37. There is NO balance or any redeeming quality whatsoever in “heavy metal” compositions any more than there is goodness in a concentration of heavy metals in your body. The strong dark undercurrent in this NOISE is strategically designed to shatter the body’s energy and prevent light from reaching the souls of those who are captivated by these raucous sounds. This fact needs to reach those who regard “heavy metal” as entertainment instead of the strong deterrent to spiritual clarity that it actually is...

Music's ability to affect the body, mind, and soul is used to manipulate people and serve the Agenda.

...Well, what people in general don't think about is that music is vibrations. What frequency the music vibrates on is directly determining what emotions and reactions you get from it. Classical music has its own vibration, which often lifts us up spiritually. Rock music has another frequency, hip-hop another and rap music yet another. Do we really think we have a choice as of what to listen to, as a society? Are we really that blind that we think that we, the consumers, are setting the trends? No, my friends, the trends are set by the Illuminati owned music industry, where they know exactly how frequencies work - they have the best scientists working for them, so what can we expect? One day, pop and rock is what they want us to listen to, the next day the trend is punk rock, then rap and then back to rock in an endless stream. Almost within a blink of an eye, the music you listened to yesterday is now not hip anymore and you are not supposed to listen to it, unless you are a nerd or something. They, the Illuminati-owned music companies, are the ones who decide what we want to listen to, and don't get fooled to believe it's anything else than that. The music they produce vibrates on the frequency they want us to vibrate on for the moment to enhance the New World Order [NWO] Agenda! And that's it. They want to keep us on a certain frequency, where they can control us as a whole...

Wes Penre, "How Pop & Rock Music is Used to Manipulate Us," June 13, 2005
http://www.illuminati-news.com/art-and-mc/manipulative-rockmusic.htm

This video offers insight into how music is used to control people:

Paul McCartney wrote some very classical-sounding songs ("Eleanor Rigby," "Love in the Open Air," etc), but then the sound changed to songs like "Helter Skelter."

...McCartney (sic) then "wrote 'Helter Skelter' to be the most raucous vocal, the loudest drums, et cetera" and said he was "using the symbol of a helter skelter as a ride from the top to the bottom—the rise and fall of the Roman Empire—and this was the fall, the demise."[1]...http://en.wikipedia.org/wiki/Helter_Skelter_(song)

Vladimir Lenin once said: "One quick way to destroy a society is through its music." Was this what the Tavistock Institute (Illuminati) was trying to achieve? Could it be that Faul was used to serve this agenda? Let's not forget that Charles Manson wanted to commit random murders to "trigger Helter Skelter."

It seems there is more to Charles Manson than we have been led to believe... For example, some believe he may have been an intelligence asset:

Charles Manson, who was both a slave and a handler, is an example of how a penetrating hypnotic stare is used by the Programmers.
The Illuminati Formula 12. External Controls
http://www.whale.to/b/manson.html

The Manson Family and the Hell's Angels were instruments by which enemy forces could attack and discredit hippies and critical American youth who had dropped out of the establishment.

From Monterey Pop to Altamont.
OPERATION CHAOS: The CIA's War Against the Sixties Counter-Culture
by Mae Brussell, November 1976
http://www.whale.to/b/brussell1.html#5._FINALE_
What Manson did was a milder version of the US army's Operation Phoenix, which is the purpose of all the Mind control killings, terror (see: Programmed to Kill: The Politics of Serial Murder by Dave McGowan), and gun control. Designed, and succeeded, in ending the good feelings of the 60's.
http://www.whale.to/b/manson.html

What Terry revealed was that the murders attributed to the Son of Sam, the Manson Family, and numerous other interconnected killings (including possibly the Zodiac murders) were not what they appeared to be. While these killings appeared to be the random work of serial/mass murderers, they actually were contract hits carried out for specific purposes by an interlocking network of Satanic cults .....In other words, these were professional hits orchestrated and disguised to look like the work of yet another 'lone nut' serial killer. Which is, of course, exactly what Henry claimed his crimes to be, several years before investigative journalist Terry published his convincingly documented work.

There's Something About Henry by David McGowan

[Mae] Brussell ... believed the Manson family was set up by counterintelligence types to blacken the image of anti-war-music-and-youth longhairs who were becoming a threat to the dominant culture...
[1988] CIA-Mafia conspirators can rest easier by Warren Hinckle
She [Brussell] alleged in a radio broadcast that the Manson Family was working with the Los Angeles Sheriff's Department to commit mass murders.
Conspiracy Theorist Mae Brussell Dies of Cancer

The Illuminati owned music industry uses sound frequency in music to manipulate and control us. The music is used as part of the Agenda to further the NWO.