On Late Night with David Letterman in July 2009, Faul said the Paul is Dead "rumor" started when people noticed he was not wearing shoes on the cover of Abbey Road, which is actually not true, but that is beside the point. 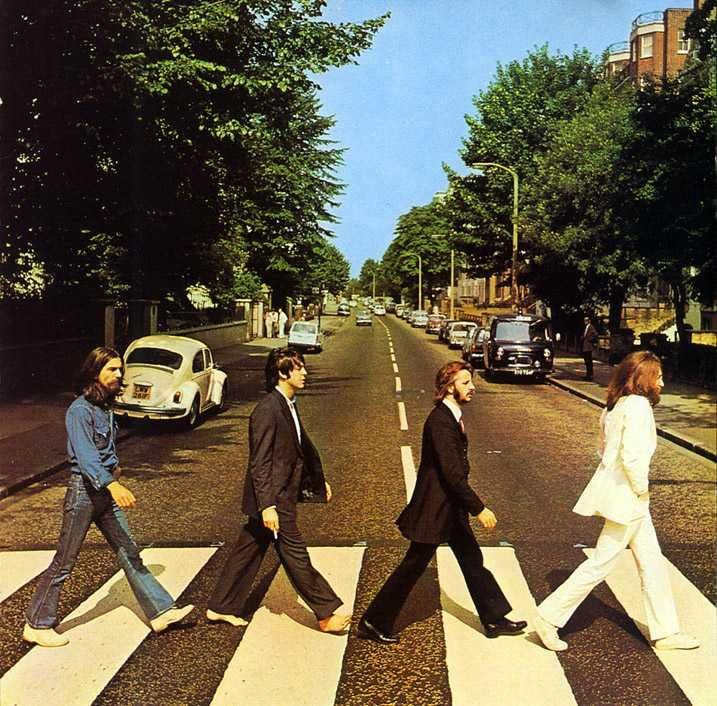 Abbey Road has been viewed as an important source of PID clues. It has been theorized that the four walking across the street on the album cover represent a funeral procession. John could symbolize the funeral director, Ringo the undertaker, Faul the corpse, and George the gravedigger. Faul's being shown barefoot is believed to be a clue of Paul's death because corpses are buried barefoot. It may also be a Sicilian and Mafia symbol of death. [source: Officially Pronounced Dead] (To see more death clues on Abbey Road, please visit Officially Pronounced Dead - Abbey Road)

Faul has given a couple of different explanations for why he appeared bare-foot on that album. In this interview, he said "I was bare-footed because it was a nice day. And on a nice day, I don't like wearing shoes." From paul is dead - the rotten apple 32 n, at 03:46:

In the interview with David Letterman, Faul says it was a hot day, so he kicked off his sandals and decided to walk across the street barefoot. I find it hard to believe that someone would choose to remove sandals (or flip-flops) and walk across hot pavement that perhaps had broken glass, cigarette butts, or the like.

Then Faul's sandal story changed again. In an interview from November 25, 2009, he says, "I had a pair of uncomfortable shoes that hurt my toes. After [a] few minutes I decided to walk barefoot." [from Paul McCartney : A new Interview in an italian newspaper] So, what was it? Was it that it was too hot or that the shoes were uncomfortable? Or was it indeed a clue to the fact that Paul was dead as so many have surmised?

On a side note, it is interesting how Paul & Faul had different size shoes.

paul is dead - the rotten apple 74


Here is a reverse-speech clue about Paul being dead, in which George Harrison sings, "He never wore his shoes, we all know he was dead"

Posted by Plastic Macca at 6:54 PM