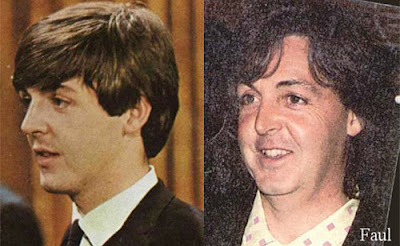 In this interview from the March 27, 1965 issue of "Melody Maker," James Paul McCartney talked about not telling Beatles' fans what to do. If you read the article carefully, you might pick up on some incongruities, such as Paul saying he would never leave England, yet he supposedly went to live in Scotland a few years later.

The most telling aspect about the article, in my opinion, is that Paul and the other Beatles refused to tell their fans not to drink. It is hard to imagine the Beatles being used to further an agenda, especially pushing LSD, if they were not team-players. Paul makes it clear in this interview they would not exploit their popularity to influence people to do anything. 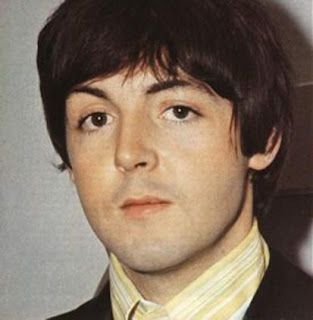 During the group's stay in Austria, John Lennon was angered by the crowds who flocked to the set, ruining assorted shots; and he let them know it, loudly, most definitely and often crudely. Charm was not one of his major personality quirks. That was more Paul than anyone else in the group. George was funny, Ringo was a comedian, John was abrasive, and Paul was confident and often charming, perhaps more conscious of the press than the others. Not that he courted publicity. He was simply more thoughtful. Over dinner at the Hotel Edelweiss in Obertauern, Austria, he spoke with Coleman. Asked Coleman, "Do you think you have some sort of responsibility to your fans? Do they look up to you?"

PAUL: "No, it would probably be a nicer answer if I said yes, we have a responsibility to fans. But I can't be noble for the sake of it. The answer's no. I don't believe we have any responsibility frankly, and it takes a bit of saying. It's insulting the intelligence of a lot of young people to say we have. We used to get requests from people, asking us if we'd go to a meeting and tell loads of people they shouldn't drink. What do they take us for? We'd get laughed at if we said the youth of Britain shouldn't drink. It'd be bloody impertinent. I haven't the right to interfere with anybody else's life. Do you think just because a Beatle said, 'Don't go beating people up.' the crime figures would go down? They wouldn't. And it's a cheek to expect us to do it. And I'd feel a right nit saying, 'Thou shalt not drink'."

COLEMAN: "Is the image of the Beatles changing?"

PAUL: "Yes I think it is. At least I do feel it is switching a bit now. Let's get one thing clear though. It's other people looking at us that creates the image. We can't create it. We can just notice it and sort of say, 'Ah, well...' I think it is good that it's changing, as well. You ask how is it changing? I'd hesitate to use the word maturing. That word has certain connotations. People who are mature are respectable, ordinary, and I think dull. They use the word mature when what they mean is that people are in a rut. I hope we're not mature. My feeling about our changing image is this: Everybody goes through certain stages of growing up. For us, this is one of them. People are simply realising that we're growing up."

COLEMAN: "How will you feel, how will you react, if 'A Ticket to Ride' does not go immediately to number one?" 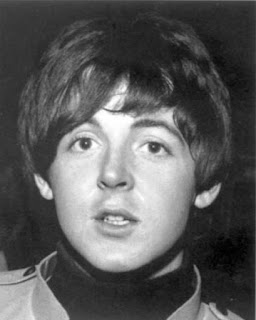 PAUL: "It would be a terrible drag and then I'll really pay attention to the knockers who say the Beatles are slipping. I mean, think of those horrible quotes we'd have to give people. 'Proves there's room for everybody.' we'd say, if it goes in the chart at number fifteen. Seriously, if it doesn't get to the top first go, I'd say damn and blast it, because as you know I never swear. I might say flipping heck! Come off it. Truthfully, I'd feel very depressed and I'd be in a disappointed mood."

COLEMAN: "Do you expect it will hit number one immediatly?"

PAUL: "It's not a question of expecting, but hoping. It's always hope rather than expectancy. Once you start expecting success you get blase'. We'll never get to the stage of releasing rubbish because we know people will buy it. Disaster. We've always been terrified with each new release and we're the same now. We like it, but people might hate it and that's their right. This business of singles has always been a real worry for us, and I mean this because every time, we've tried for something different and we have done it this time. Not that we've got the Black Dyke Mills Band backing us! The worst attitude anybody in the chart can have is: 'The last one did ok so this one will.' All I can say is, let us pray."

COLEMAN: "Are the Beatles knockers moving in?"

PAUL: "One thing on this subject has always struck me as stupid. You get people who say things like: 'A bit of criticism is always good for you. Being taken down a peg and getting advice never hurt anyone.' It's a load of rubbish. I've never met anyone yet who liked being criticised, even when the criticism was meant as advice. Let's face it, our knockers aren't interested in helping us, or giving us advice. They're simply malicious. Another thing I hate is where somebody tells you his opinion after the event, you know the sort, 'Well, if you want my honest opinion, I didn't like it in the first place.' We've had a lot of that and we hate it. It's cowardly. We've always been worried about knockers. Isn't everyone? If somebody walked up to another person in the street and said, 'That's a lousy jacket you're wearing,' he'd be a knocker. And the bloke wearing the jacket would hate it; so do we. If the knockers are moving in now, we don't like it. We don't like Clever Henrys."

COLEMAN: "What are your feelings about invasion of privacy?"

PAUL: "Mainly yes, we resent it a bit. It depends on my mood. If I'm away on holiday and photographers start chasing, I get fed up. But if the photographer's okay and asks if I'd pose for a picture or something, and he's reasonable about it, I'm not annoyed. After all, you've got to face the fact the press is after you, haven't you? It's when people start sneaking pictures and wrecking a private holiday that I get temperamental."

COLEMAN: "What do you think of John's idea of becoming a record producer in partnership with you?"

PAUL: "I don't mind the idea, as long as he lets me set up the mics for him. Just to keep my hand in, like. Seriously I'd love it. It'd be a challenge."

COLEMAN: "What do you dislike about show business?"

PAUL: "Shaving. Right, I'll answer that properly. Those daft people who go back stage after an opening night and say, 'Dahling, you were super.' Women in show business who swear like troopers to make everybody know they are in show business. Show biz women who act like men. I hate this type. All the 'Oh dahling types. Horrible. Also people who talk around, calling each other 'love'. Not the 'luv' that shop assistants in the North mean, but the show biz 'love'. This type is often the floor manger on a TV show. It is so affected. They think these affectations make them individual. Actually they are following every known rule in the book and falling into every possible show biz trap that makes them UN-individual. To me, this is one of the drags of show business."

John iterrupted saying, "That's it, Paul. Have a bash. Have a go."

COLEMAN: "How aware are you of personal images?"

PAUL" "I used to panic about images, because I'm very easily influenced, impressionable, truthfully. I used to worry about whether we should smoke on photographs. Then I realised it would be daft not to. I used to panic about being seen anywhere with Jane, because I used to have this old fashioned idea that recording people were never seen out with girlfriends. Now, I don't care much. No, these things don't matter to me or any of us, because we don't really believe in images. We never talk about them, except to send up the word image."

COLEMAN: "How would you define a hanger on?"

COLEMAN: "Do you think anyone will ever have greater success than the Beatles?"

PAUL: "Yes. I think they might easily. Nobody thought Elvis's successes could ever be surpassed, but I think we might have surpassed one or two of his, haven't we?"

COLEMAN: "Would you ever leave Britain to live abroad?"

PAUL: "No definitely not. Out of everywhere I've been, I like England best."
And George added, "Leave England? Never. Best country in the world to live in."

Paul is remembered with a smile... and gratitude.