"Tomorrow Never Knows" & the Tibetan Book of the Dead 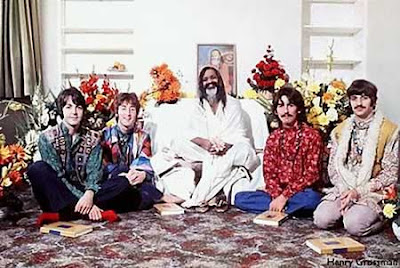 John Lennon wrote "Tomorrow Never Knows," the last track on Revolver, in January 1966. The song has been described by music critic, Richie Unterberger of Allmusic, as "the most experimental and psychedelic track on Revolver, in both its structure and production."
[Source] Some have claimed that the song was written under the influence of the psycho-chemical warfare agent, LSD, and was meant to describe an acid trip. However, the "LSD angle" appears to be a misinterpretation of the song. A re-examination of the song and lyrics reveals that "Tomorrow Never Knows" is actually quite metaphysical. It is describing what one experiences after death.

In the 1960s, prominent Indian yogis began travelling to the West to disseminate their knowledge. The Beatles met Swami Vishnu-Devananda, the founder of Sivandana Yoga, while filming "Help!" in the Bahamas in 1965. Swami gave the lads copies of his book, "The Illustrated Book of Yoga." George Harrison began studying yoga and Eastern religion, and in 1966, he traveled to India to study sitar with Ravi Shankar. [Source]

Harrison's interest in Eastern mysticism appears to have influenced Lennon. According to Peter Brown, the lyrics of "Tomorrow Never Knows" are based on the Tibetan Book of the Dead, also known as Liberation Through Hearing During the Intermediate State and the Bardo Thodol. The text is said to have been composed in the 8th century by Padmasambhava and re- discovered in the 12th century. (Evans-Wentz (1960), p. liv; and, Fremantle and Trungpa (2003), p. xi). 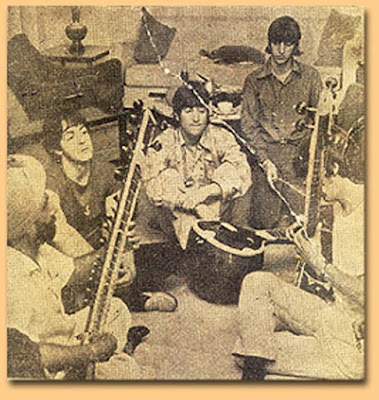 The Bardo Thodol describes what the consciousness experiences after death. The time after death and the interval between death and the next rebirth is known in Tibetan as the bardo, or "liberation." (Fremantle (2001: p.21)). This idea of liberation is related to bodhi in Sanskrit, which means awakening, understanding, or enlightenment. It is also related to nirvana, which means the end of illusion. The Bardo Thodol is recited by Tibetan Buddhist lamas over a dying or recently deceased person "in order for them to recognize the nature of their mind and attain liberation from the cycle of rebirth" [Source]. "Since the deceased's awareness is in confusion of no longer being connected to a physical body, it needs help and guidance in order that enlightenment and liberation occurs. The Bardo Thodol teaches how [one] can attain Nirvana by recognizing the heavenly realms instead of entering into the lower realms where the cycle of birth and rebirth continue." [Source]

The first bardo comes at the very moment of death, when there dawns the Clear Light of the Ultimate Reality. This is the very content and substance of the state of liberation, if only the soul can recognize it and act in a way to remain in that state. The instructions intended to be read at the moment of the person's death are designed to help him do this. He is told, first of all, to embrace this supreme experience not in a selfish and egoistic way but rather with love and compassion for all sentient beings. This will aid him in the second step, which is to realize that his own mind and self is identical with the Clear Light, implying that he himself IS the Ultimate Reality, "the All-good Buddha", transcending time, eternity, and all creation. If he can recognize this while in this supreme state at the moment of death, he will attain liberation-that is, he will remain in the Clear Light forever. This condition is called the "Dharmakaya", the highest spiritual body of the Buddha. [Source]

The lyrics of "Tomorrow Never Knows" describe the period after death when the consciousness is liberated.

Turn off your mind, relax and float down stream It is not dying

The consciousness does not die when the physical body dies.

In the Tibetan Book of the Dead, the "void" is Reality, the All-Good (Source). It is not nothingness, but rather is "intellect itself, unobstructed, shining, thrilling, and blissful, is the very consciousness, the All-good Buddha." (Id.) The text describes own's own "consciousness, not formed into anything, in reality void, and the intellect, shining and blissful,-these two,-are inseparable. The union of them is the Dharma-Kaya state of Perfect Enlightenment. (Id.) One's "own consciousness, shining, void, and inseparable from the Great Body of Radiance, hath no birth, nor death, and is the Immutable Light-Buddha Amitabha." (Id.)


That ignorance and hate may mourn the dead It is believing

The ignorant mourn the dead. They do not understand the opportunity death offers. It is a chance to be liberated from the cycle of birth, death, and re-birth.

"The Bardo Thodol teaches that once awareness is freed from the body, it creates its own reality as one would experience in a dream." (Source) This state is not living, it is not dying. It is simply being.


Or play the game existence to the end of the beginning

If a soul does not attain liberation, s/he will be drawn back into the cycle of birth and death.

As I have stated in the past, I do not believe the Beatle pushed the LSD agenda. I feel that this song has been falsely interpreted in order to make it seem as though the Beatles promoted LSD. I hope this re-interpretation will help shed Light on what I believe Lennon and the other Beatles were trying to accomplish: using songs to educate and enlighten others to raise consciousness.

Posted by Plastic Macca at 1:17 PM