Get Your Freq On: Music, Beatles, and the War of Good vs. Evil 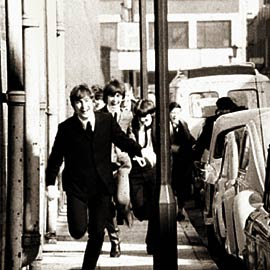 The Beatles deeply touched very different people from all over the world. Their music went past cultural cleavages and spoke to people with whom they had very little in common. Musicologist Daniel J. Levitin recounted, “On the bus recently, the radio played ‘And I Love Her,’ and a Portuguese immigrant about my grandmother's age sang along with her eyes closed.”
The Beatles seem to be something beyond ordinary people. They manifested an unexpected love and energy, and an ability to touch people's souls. “Beatlemania” showed the level of admiration and enthusiasm for them and their music. Was it just inspiration or was something else at work?

In this article, Exopolitics founder, Michael Salla, explores the possibility that “Celestials” might be intervening on Earth to “raise the consciousness of those ready to assist the Earth’s evolution by balancing technological progress with spiritual awareness.” The theory that Paul McCartney (and the other Beatles) might have been celestials/light beings on a mission to elevate humanity to a higher level of consciousness was discussed in Were the Beatles Angels? As musicians, the Beatles were engaged in the war of Good vs. Evil on the battlefield of popular music, because, unfortunately, music has been used by the Power Elite as a weapon against humanity. Music can be used to affect the human body because of its vibrations. The body is made up of nearly eighty percent water, and water is a liquid crystal superconductor. The frequency of the music can impact consciousness, biology, physiology, health, and behavior. Music can and has been used to manipulate culture and consciousness.
The Elite have used frequency to exert power and control over the masses. Thomas D. Schauf explained that, “[a]s a result of this influence, the arc of Western Civilization has gone from ‘ascent’—belief in God—focused on the higher centers of love, joy, purity and selflessness, to descent . . . focused on the lower centers of consciousness like those of power, wealth and physical gratification.”

The powers that be have militarized music for cultural manipulation, in part, by making A=440Hz “standard tuning” the international ISO 16-standard (done in 1953). This refers to the musical note A above middle C. A=440Hz frequency music conflicts with human energy centers (chakras). Musicologist Brian T. Collins complains that “[t]he current tuning of music based on A=440 Hz does not harmonize on any level that corresponds to cosmic movement, rhythm, or natural vibration.” 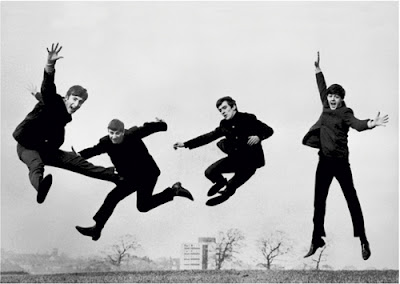 A= 440 Hz stimulates the third eye chakra, thereby working on the ego and left-brain “thinking” function. At the same time, it suppresses intuition and creativity. This frequency also causes listeners to experience greater aggression, psychosocial agitation, and emotional distress. At this frequency, the body vibrates musically, audibly and subliminally to a frequency that resonates with aggression and in dissonance with love. This can predispose people to mental and physical illnesses.
More natural musical frequencies that further health, harmony, and peace have been suppressed. However, “[m]usicians who are spiritually-sensitive to pitch are compelled instinctively to reject intrusions to pure creativity in harmony with the flow of sacred cosmic energy.” [Source] Such musicians intuitively prefer tuning up or down from A=440Hz to more natural alternatives, such as A=432Hz. The Beatles were just such musicians. Cliff Richard may have thought they were “out of tune” at times, but the Beatles were actually playing in 432 Hz, such as on the album, “Help.”

A = 432 Hz is a healthier, more life-affirming frequency because it vibrates on the principals of natural harmonics, being mathematically consistent with the Fibonacci golden spiral and universal design. Music at this frequency has been described as “nicer for hearing, softer, brighter and more beautiful than music in 440 Hz.” 432 Hz music also has greater clarity and less noise pressure than 440 Hz. “Mozart and Verdi both based their music on natural vibration,” writes Collins, “and A=432 was nicknamed the ‘Verdi tuning.’”

Please support this blog by clicking on the sponsors' ads.
A = 432 Hz natural tuning has profound effects on both consciousness and on the cells of the body. This frequency “unifies the properties of light, time, space, matter, gravity and magnetism with biology, the DNA code and consciousness.” 432 Hz stimulates the heart chakra, and listening to music tuned to that frequency will further spiritual development. Collins advocates using A=432Hz tuning in music therapy to further spirituality. Those in ancient times knew of the benefits of 432 Hz tuning, and musical instruments from ancient Egypt and Greece were tuned to that frequency.
Music can be used to advance health, spirituality, and peace if musicians tune to more beneficial frequencies. The Beatles, in tuning to the “good vibrations” of 432 Hz, used frequency in their effort to raise consciousness regarding a number of issues, such as love, spirituality, and even government oppression. They also used an “intricate and beautiful interplay of rhythm, harmony and melody” and incorporated classical elements, such as Bach-like countermelodies and plagal cadences into their songs. As L’Osservatore Romano put it, “Forty years later, the Beatles... are a consolation against the continual assault on music lovers by the record industry.”