My research indicates that Paul McCartney was replaceed in late August 1966. I am confident it was Paul during the 19 August 1966 Memphis interview and in Seattle on August 25. "Paul" seems different during the 28 August, 1966 LA interview. In that interview, "Paul" keeps putting his hand up to his face as though to casually hide it, as though self conscious and maybe trying to prevent anyone from noticing subtle differences between him and Paul. Is the Paul of August 28 just a Paul impersonator? Granted, he does a great job of impersonating Paul, but if you watch these clips carefully, you will probably pick up on differences. I believe it is, in fact, a double on August 28, 1966. Therefore, I believe that the timeframe for Paul's replacement is sometime between August 19, 1966 and August 28, 1966. 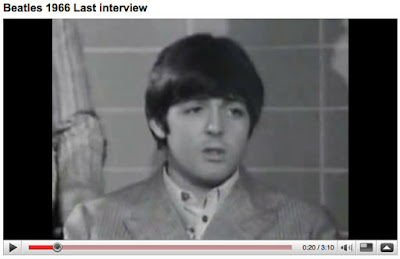 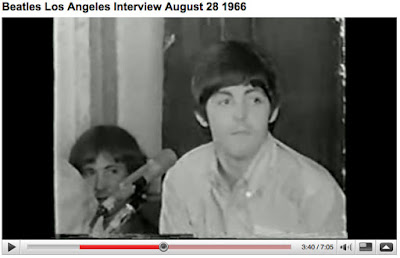 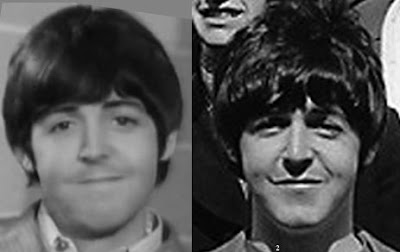 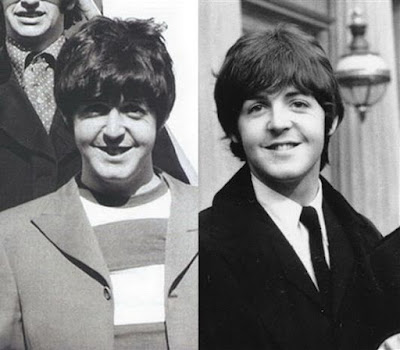 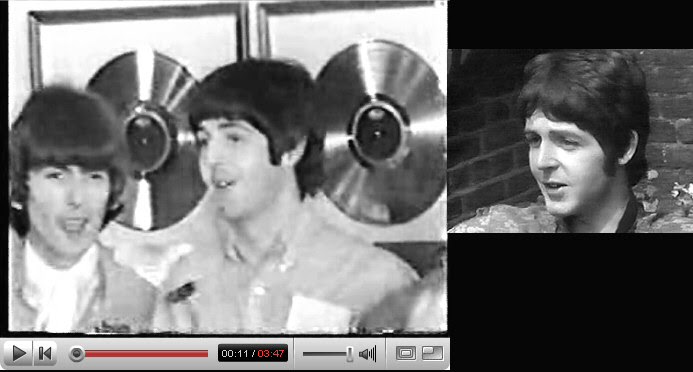 The Beatles would never play live again after Paul's replacement (not counting the impromptu roof-top concert at Twickenham Studios).

After the group played a concert at Candlestick Park in San Francisco on 29 August 1966, they announced that they would stop touring.

In this video from the Rotten Apple series, it says the following at 0:48:

I am confident Paul was gone by the time this announcement was made. 9 11 1966 is an interesting date to choose. Perhaps it was chosen for its numerological significance?

Here are some observations by Getsmart:

The following photo is from The Beatles' Press Conference at Los Angeles Dodger Stadium taken immediately before their concert on Sunday August 28th, 1966.

The image was not reversed, as can be ascertained by the button placement on George and John's jackets. Ringo appears anxious and George and John are sullen. Paul has grown taller than any of his mates, his left hand is passively at his belt, where you position your rarely used secondary hand. He is smoking very nervously with his right hand, and in so doing partially masking his face for the photo. Dodger Stadium was "Opening Night" for Sir Paul. 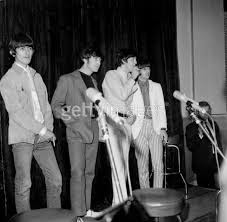 Edit (11/12/10): It appears that photos from the Aug. 25, 1966 concert in Seattle were recycled and portrayed as being from San Francisco a few days later. In my opinion, the photos from Seattle are of Paul. Therefore, the time frame for the replacement seems to be between Aug. 25 and 28, 1966. More on that to come.