On the August 11, 2019 episode of  "Last Week Tonight with John Oliver" (HBO), John Oliver "joked" that the original Paul McCartney was dead.

John Oliver: “Think of all of the people who are dead right now: … The original Paul McCartney.”

Anyone who has researched PID for more than 5 minutes knows that the real Paul has been missing since late August 1966. The truth is put out there, but in a "joking" manner, so that people do not take it seriously. However, their karma is clean because they told the public what the score is. 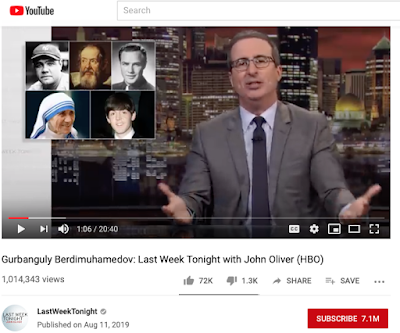