You can be replaced, Cheeky Baby: Celebrities as disposable commodities

"We've always disliked that sort of phoney star image, you know,
and we'd much rather be ourselves. We've always thought,
'If they don't like us how we are... then hard luck.'"
~ George Harrison, 1964 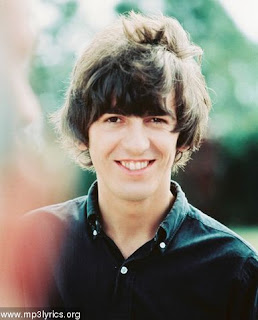 Celebrities are disposable if they do not do as they are told. In this significant scene in "A Hard Day's Night" (1964). George is told he will be replaced if he does not do and say as he is told. And what he is supposed to do and say has the sole purpose of manipulating the masses...

They tell him to "come off it" - assuming he's putting on a show for them. They realize he's not, & are surprised he's a "natural." Blonde woman says she told them not to send "real ones." The man says, "the phonies are much easier to handle." This is a continuation of the dehumanization & fakeness of celebrities. They don't want real people w/ real thoughts or opinions. They want plastic puppets they can control.

Then they want George to give "his" opinion on clothes, which means the opinion they give him. They tell him he will "really like them." He expresses his own opinion about them (they're dead grotty). The man threatens him saying that he will be nothing unless he wears those shirts - he has to look to consumer goods for his identity & self-worth. Interesting that he says the shirts were designed to be ugly - but people will want them, anyway, b/c they'll be convinced they need them to fit in. It seems like some kind of mind games they're playing w/ people, getting them to want ugly things.

When George rebels against this manipulation & deceit, they threaten him w/ replacement. Celebrities/spokespeople are disposable - just objects to be exploited. When George says he doesn't care if he's replaced, they tell him the "new thing" is to care passionately & be right-winged. These ideologies seem to be rather plastic & flexible. People's ideologies depend on what is "in" or the "new thing" - no doubt influenced by these slick commodity pushers.

Then at the end, Susan is shown to be just as disposable as the other commodities. She will not have her contract renewed - even though everything she says, presumably, has been what they told her to say. 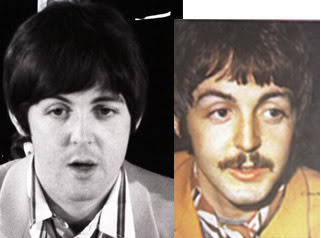