Sometimes when you’re looking for a rat,
you’ll smell it before you see it.
~ Fritz Springmeier 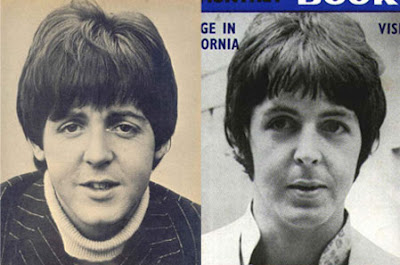 My last post [link] discussed methods of identifying doubles based on physical differences, but what if there are no discernable physical differences? Does that mean the person is the original? No, not necessarily. It may just mean that the physical appearance of the target has been flawlessly recreated, i.e. that the double is a perfect copy. In this case, it would be useful to have on hand a way to detect an imposter-replacement based on non-physical methods. Here are some suggestions that may be worth pursuing.

If the person just does not seem right, i.e. their behavior is off, then a behavioral biometrical analysis may be in order. Behavioral biometrics "are related to the behavior of a person. Examples include, but are not limited to typing rhythm, gait, and voice."Source: http://en.wikipedia.org/wiki/Recognition_of_human_individuals
Pay attention to subtle differences in actions, behavior, and character traits. The differences may be subtle. Please see Vocal differences & voice technology for differences between Paul's and Faul's voices.

Another method to detect a double might be to use machines employing processes similar to Kirlian photography, which shows a band of light surrounding an object.

Kirlian photo of a fingertip

Used as a diagnostic tool, it is said of Kirlian photography that

... Variations in the shapes, colors, and intensity of the images produced are said to provide clues to the patient's overall health and energy level and to indicate the presence or absence of disease, specific emotional states, and other physiological or psychological conditions...

Finally, it might be possible to use some device whereby electronic frequency of the person could be measured. In this way, an individual's particular energy signature could be identified. We might look to the field of radionics for such a device.

The Drown Diagnostic Instrument purports to measure the energy frequency or rates of vibration of matter:

... Differing molecular arrangements producing differing forms, must also produce differing characteristic emanations in each case. In general terms, they produce differing frequencies or vibrations. These emanations may be detected and numerically classified on the Drown Diagnostic Instrument, ... [which] is a very simple impedance rheostat, consisting of nine dials, each of which can select ten tuning stubs by its rotation. Each dial is numbered from 1 to 10, each dial position making contact with a stub. The possible combinations permitted by this arrangement exceed two billion.
Systematic use of the Drown Diagnostic Instrument through the past thirty years has established that healthy human tissues and organs have definite "Rates" of vibration, or molecular broadcast frequencies, which the diagnostic instrument can detect. The entire human body has been assigned "rates" as they are termed, for all organs, glands and tissues...
Radio-Vision: Scientific Milestone
http://educate-yourself.org/tjc/radiovisionbookintro30jul03.shtml

Comparing the original person's energy signature to the suspected Doppelgaenger might reveal whether the person had been replaced or not.

Posted by Plastic Macca at 9:27 PM