Rock Gods: Were the Beatles Angels? 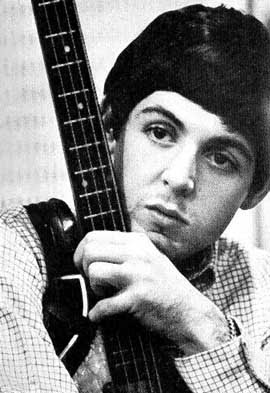 Today, June 18, 2011, would have been Paul McCartney's 69th birthday. In honor of that occasion, I would like to indulge in some wild speculation as to whether he and the other Beatles were angels.

Timothy Leary once declared "that The Beatles [were] Prototypes of evolutionary agents sent by God, endowed with a mysterious power to create a new human species, a young race of laughing freemen." (As quoted in Shout! (1981) by Philip Norman, p. 365; and in An Encyclopedia of Quotations about Music (1981) by Nat Shapiro, p. 303 [Link])

The Maharishi Mahesh Yogi told "George and Deepak Chopra that he could never be upset at the Beatles because he always knew they were angels on earth."

[Source: Beatles: Angels on Earth?]
The photographer of some unpublished photos of the Beatles also noted something special about the Pre-Fab Four: "I knew they were going to be successful because they had an aura, and months later they were world famous..."

[Source: "The Beatles new release: Unpublished pictures to go on display after they sat in an attic for 50 years"][Please support this blog by clicking on our sponsors' ad ~ Thanks!]

Charles Manson also believed the Beatles were angels, and that Revolution 9 from the White Album was a reference to the Holy Bible’s Revelations 9:

Revelations 9
From the Holy Bible

And in those days men shall seek death, and shall not find it; and
shall desire to die, and death shall flee from them.

And the shapes of the locusts like unto horses prepared unto battle;

And on their heads as it were crowns like gold, and their faces as the faces of men.
And they had hair as the hair of women, and their teeth were as of lions.

And they had breastplates, as it were breastplates of iron; and the sound of their
wings was like the thundering of many horses and chariots rushing into battle.

And they had tails like unto scorpions, with stingers; with their
tails they had power to harm people for five months.

The locusts = The locusts can be an interpretation of insects, bugs or maybe beetles. The Beatles

Breastplates of iron = their guitars with metal strings strapped to their chests
Sound like thundering horses and chariots rushing into battle = the sound of The Beatle’s loud amplified music.

Their tails they had power = The Beatles’ amplifiers had electric chords,
power chords= This is interesting in that the tails were not described as having venom or poison but instead “power.”

[Source: The Lennon Prophecy: A New Examination of the Death Clues of the Beatles]

In this back-masking done by Sunssol, it appears that the Beatles reject money, and seek peace and passion:

At 6:20, this back-masking reveals "Paul is hare Krishna."

Krishna was the 8th incarnation of Vishnu.

...Saturn, the ascendant lord, acts as the Vishnu planet...
So it is clear that Saturn is representing Vishnu...[Source: ]http://www.osfa.org.uk/pt.htm

It is said that "[B]irds often symbolize the divine. They are often viewed as gods in disguise, or else they are the vehicles of gods and goddesses..."

In Faul's video for the song, "This One," reference seems to be made to such an entity:

On the cover of Sgt. Pepper, is Faul trying to make a connection between himself and Vishnu/Krishna? 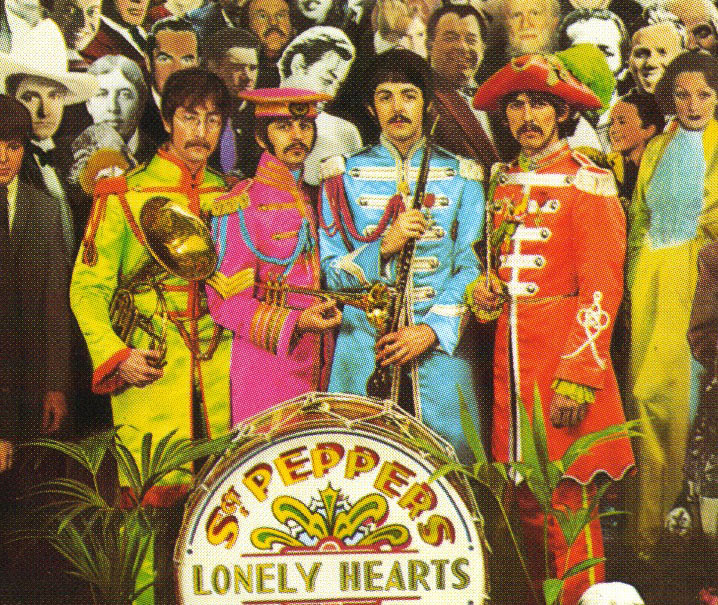 
"I think there's something wrong
It's taking you too long to change the world
Sir Isaac Newton told you it would fall."

Does this mean that Paul was supposed to change the world for the better but was thwarted by being replaced by someone who played for the "other team?"

...The original Beatles were a massive force for the light!
They were laughing lovely men who gave you a warm feeling inside, wrote ace music and obviously thoroughly enjoyed performing it live. I believe they were a massive force of goodness and love, with like an etheric gold shining energy coming from them.

The dark controlling forces do not let this be when it occurs in a way that effects the masses. (Look at JFK and Bob Marley). They do not want Light forces of truth and goodness to effect the masses and lift us up and wake us up. So they stamp on it and suppress it, snuff it out, nip it in the bud. And , perhaps this is what happened to the Beatles. They were a massive force that effected the masses, and they weren't going to 'co-operate' with the dark controlling forces...so they were took out. And to carry on with the juggernaut powerboat that was the Beatles, to keep cashing in and using them as a tool to manipulate the masses, they were replaced. Anyone close was bought off, or threatened, scared into submission...

Philip Norman, author of "Shout!," referred to the Beatles as "supernatural" in an interview at the beginning of this video:

These are all questions with no easy answers. They are interesting to ruminate and speculate upon, however.

Posted by Plastic Macca at 2:26 PM