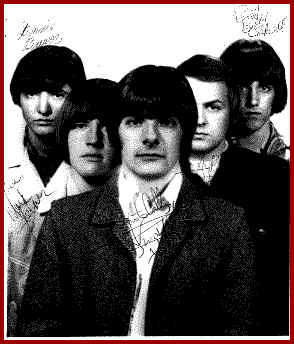 Terry Knight and Grand Funk Railroad
In May 1969, before the "Paul is dead" rumor started in earnest in October (in USA), Terry Knight had a minor hit with a song called "St. Paul." The song seemed to hint that Paul McCartney was dead. Andru J. Reeve, author of Turn Me On, Dead Man, discovered that “Saint Paul” was not published by Knight’s publishing company, Storybook Music, which published everything else he wrote, but rather by Maclen Music, Inc.,  which only published the words and melodies of Lennon and McCartney.

The very strange song actually came out in May 1969 - five months before the first article on the subject appeared in the campus paper at Iowa's Drake University. More mysteriously, "Saint Paul" is the only Knight composition administered by Maclen Music - McCartney and Lennon's exclusive publishing company! 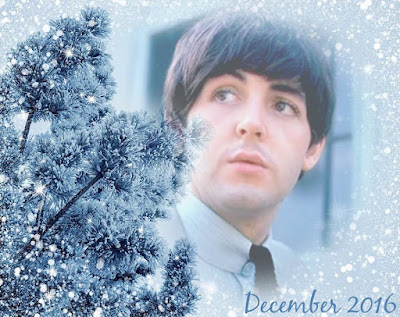 Knight had met with "McCartney" in February 1969, and talked to Apple about signing him as an artist. On the flight back to New York, he allegedly wrote the song "Saint Paul."

Here is my interpretation of the lyrics:

St. Paul
[According to Christian tradition, St. Paul was beheaded in Rome around the mid-60s AD... at Tre Fontane Abbey [see http://en.wikipedia.org/wiki/Paul_of_Tarsus]. Many of the clues suggest Paul suffered some sort of head injury. This could simply be a reference to Paul's being executed. See Was Paul McCartney murdered?]

I looked into the sky
Everything was high
Higher than it seemed to be to me
[When someone has passed on, one may look up to the sky thinking about the person's spirit form.]

Standing by the sea
Thinking I was free
Did I hear you call or was I dreaming then, St. Paul?
[People who are grieving may go to the sea to seek solace. They may also hope to communicate with someone who has passed on.]

While they were crying out, "beware"
Your flowers & long hair
While you & Sgt. Pepper saw the writing on the wall
[It's possible Knight thought Paul had been around for Sgt. Pepper, and didn't realize he was gone by then.]

You say you want to live your life to the future
They say they've got dues to pay today
You say it's the fool who plays it cool, Sir
And if tomorrow comes, you know, they'll all hear St. Paul say:
Let me take you down

You have a different view
[This could be a double entendre: you look different &/or you had a different opinion about how the band should be run.]

Hey there, Paul, what's new?
[Could this be a reference to a new "Paul"?]
Did Judas really talk to you
[This could be a reference to Judas' betrayal of Jesus to the Romans. Was Paul betrayed?]
or did you put us on?
[Possible reference to deceiving the world with Paul's imposter-replacement.]
I think there's something wrong
It's taking you too long
To change the world
Sir Isaac Newton said it had to fall
[This seems to be a reference to an apple. Apple was the Beatles' publishing company.]
Hey St. Paul!

You say you want to live your life to the future
They say they've got dues to pay today
You say it's the fool who plays it cool, Sir
And if tomorrow comes, you know, they'll all hear St Paul say:
I read the news today, oh boy.

You had a different view
Hey there, Paul, what's new?
Did Judas talk to you
or did you put the whole world on?
I think there's something wrong
It's taking you too long to change the world
Sir Isaac Newton told you it would fall

Iamaphoney, creator of the legendary Paul is Dead - Rotten Apple series, says that the theme of the song is the death of Paul:

Mysteriously, Iamaphoney tells us to "find the cancelled check from Paul McCartney made out to Terry Knight."

Here is a reversal of "St. Paul." As discussed in previous posts, reversed speech can be quite revealing.

Knight was murdered on November 1, 2004, so whatever he knew about the death of Paul McCartney died with him.

My impression is that Knight was given this song and paid to record it. It is also possible that it was commissioned to be written. That would explain why it was published by Maclen, and why there was a check made out to Knight from "McCartney." Knight may have been threatened with some dire consequences if he ever talked about the song or what he knew, considering Mal Evans and Heather Mills.

I think the Powers that Be tell us the score, not out of some sense of honor, but because they derive amusement from the fact that the sheeple never catch on, even when they are actually told the Truth.